I go on a lot about how I feel and observe that for many children sensitivity is at the root of autism.  My TED talk introduced the concept and it has been expanded in several articles, especially a recent one about Sensitivity and Idealism in Autism.

But how does this fit with traditional ways of understanding the condition, like the “triad of impairments” often used as a definition of autism, or a focus on the communication difficulties or sensory maladjustment?  The difficulty in understanding figurative thought is often cited, as sometimes is the fragile sense of one’s self and of how to distinguish it from the other.  And the National Autistic Society has been running an excellent campaign called “Too Much Information” including of a series of deeply moving short videos exploring the sensory experiences of autistic people forced by our fast-paced over-stimulated culture to process data more quickly than they are able.

Clearly, these are all a real and true part of people’s experiences of autism.  The focus on understanding the role of sensitivity in these experiences is intended to lead to a practical way forward to be able to help children, especially when they are very young, to lessen the effects of these manifestations.

My own son exhibited severe signs of what is commonly referred to as “low-functioning” autism before he was 2.  There didn’t seem to be any prospect of any happiness in his life – he was so easily distressed and unable to cope with the slightest setbacks, leading to prolonged meltdowns and a progressively more tense and withdrawn condition.

It was only when, following treatment at a specialist clinic, we learnt to create an environment around him where the triggers for his sensitivity were removed, where he was continually and in many different ways given the clear message that “everything is all right”, and where he was gently but consistently encouraged to discover the positive side of opening up to others, that he started to stabilise.

And then, as if by magic, the sensory issues, the communication issues, the problems understanding what was said to him (and soon speaking himself) and other issues all kept reducing.

Except it wasn’t by magic.  It was because his sensitivity had been recognised and understood, and his surroundings were adjusted to respect it.  It was sensitivity that had led to the smallest things becoming unmanageable for him, and to the slightest nuance in our behaviour appearing unbearably harsh to him, even when he was merely an observer.

In the article about Autism and Social Ability, I develop on the idea that when we (any of us) are assailed by stress and pain, it is impossible to function normally in the world – and at a formative age, that can result in missing out on fully learning the social, cognitive and conceptual framework of life that we are programmed to absorb during our early years.

We can understand this as adults too.  It isn’t uncommon for people during periods of extreme stress and pain to say things like, “sorry, I just can’t take any more in at this time.”  Our ability to process data is compromised by our stressed condition.  It is not difficult to imagine how after an unexpected and unusually savage emotional attack from someone we care about, during a period of sudden and traumatic loss and grief, we could be so shocked and disoriented by this combination of events that a walk down the street may be experienced in a way not too dissimilar to that depicted in the video above.

Now imagine that we happened to be so sensitive that it didn’t take a catastrophe to provoke that state in us, but the slightest bit of adversity.  How would we get through an hour, let alone a day, let alone a lifetime with no prospect of any sort of change?  Without even the mental space to be able to give the necessary attention to navigating our way down the street, every little thing that would otherwise be a non-event would only reinforce the confusion and overwhelm, and would add to the growing store of systemic stress in the body.  Unable to shut down our sensitivity, however convenient that option would be, all we would have left to us would be to do our best to disconnect from our surroundings, withdraw from them as much as we could.  We would still absorb much more than we would like to of what is going on around us, and this would affect us far more deeply than those around us could perceive, but at least it might afford us a modicum of protection.

This is why the environment is so important in the treatment of autism.  If the factors that overwhelm the child can be removed, or at least greatly reduced, it can give that child the space they need to devote more of their attention towards doing the basics like navigating the inconsequential hazards and inconveniences of a walk down the street, and even absorbing some of the lessons about life and the world that are part of growing up.  Then, after some time, they may find themselves more able to cope with some of those stressors that had previously felt overwhelming, as they will have developed the strength, space and sense of self to be able to manage them more easily.

Bringing this about could take the form of simply making sure their surroundings (physical and emotional) at home are healthy and safe and they have a sense of being contained, and doing our best to ensure the right support at school (so that, critically, the role of sensitivity and the anxiety it brings are recognised and understood as the causes of any apparent behavioural or academic “regression”, to be addressed soothingly at that level), or it could involve a more immersive and longer term therapy such as the one we found for our son.

There are still gaps between him and his peers in some areas, most noticeably in his understanding of social interaction (and his admirable inability to comprehend the casual cruelty – magnified manifold for him due to his underlying sensitive nature – with which many children and adults behave to each other), but we are many worlds away (possibly even a couple of clusters of galaxies away) from where we were 5 years ago, and the consistent and abundant affection that he now displays towards us would have been utterly unthinkable at that time.

At Transforming Autism, we strongly advocate Early Identification and Early Intervention in the condition to lay the foundations for a happier and more successful experience in the most formative part of a child’s life.  Almost whatever method or approach is chosen, its effects are likely to be amplified the younger they are applied (with some exceptions, such as the Davis Method, which works for older children and adults with autism by bringing an understanding of foundational social and other concepts that are missed during the early growing process due to everything else that the autistic child has needed to cope with).

But we are most strongly drawn to methods that are about strengthening the inner core of the child by protecting them from the most overwhelming factors of life for a while, and at the same time giving them the constant reassurance that they are able to cope – along with the experience of coping.  One such method is Reciprocal Play Therapy, developed by the Mifne Centre, which is where my own family were treated.  It is designed for babies and very young toddlers, and we are planning to bring it to the UK in our own clinic in the coming years.

We really hope that the central role of sensitivity in autism will become much more widely recognised and incorporated into ways of supporting children with autism; and we are ready and looking forward to playing our part in this development. 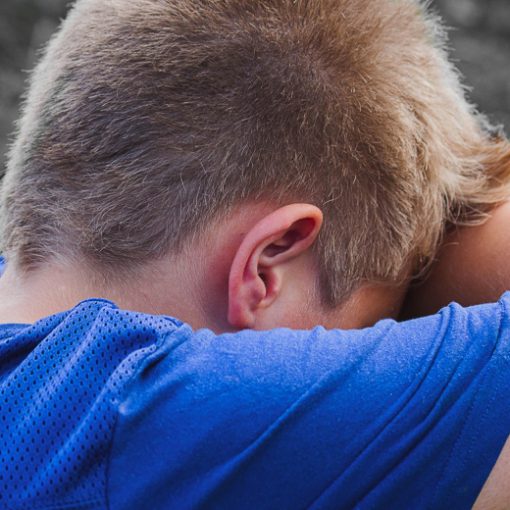 by Guy Shahar Published: 30th July, 2019 Finding the one thing that can make the difference between calmness and anxiety. My son still […]

by Guy Shahar 26th October, 2016 We don’t usually feature news on this site, but this is a significant exception.  You may […]