This is not one of those posts where you find a long list of techniques you can use to achieve something.  As anyone who has dealt with them will know from experience, once a meltdown has started, there is little that can be done to bring it under control.  In short, it cannot be managed.  The child is overwhelmed by an intense build-up of stress and is powerless to curtail its expression, or even to be aware of and respond to outside influences during the meltdown.  It can only run its course.  The most patient and supportive parent or carer can only hope not to make it worse or unnecessarily prolong it.  Once it has started, the steam has built up and needs to be let out however long that takes and however distressing it is for all involved.

Some wiser people may advise looking out for the warning signs before a meltdown begins: observe what the triggers are and learn to identify the signs before they develop into a meltdown so that it can be averted.  But nobody can be so vigilant at all times, and even if they could, once the signs are apparent, the tension has already built up and its culmination is all but inevitable.  The fuse has been lit.  At best, the meltdown might be postponed for a short time, but is likely to be more easily triggered later.

So what can be done?

We have learnt through our journey that there is only one way to avoid meltdowns.  This way can, at the same time, help with many other difficulties that autistic children face, such as sensitivities, self-regulation and the child’s general happiness and quality of life.  But it is all-encompassing and requires real commitment.  It is about creating an environment around the child where they feel consistently loved, understood, protected and safe.

If you have read much of this blog or my other writings, you will know that this is a theme I continually return to.  It’s a simple concept, and actually, despite how it sounds, is not dramatically difficult to achieve, but in our case it still meant a radical rethinking of our perspective on family life.  Before we paid our visit to the Mifne Center, where we first experienced the power of this sort of approach, we were faced with frequent, dramatic and very prolonged meltdowns from our son, and we had no idea how to help him.  It was heart-crushing to see him in such an inconsolable state for so long and to feel powerless to do anything to help him.

Now, coming up to 5 years later as he is approaching 7, things are very different. We never have meltdowns anymore.  Sometimes he will get upset and cry, but he has become so good at regulating himself and allowing us to support him that it no longer gets anywhere near losing control, and within minutes he can be joyfully playing again.

The key to it has been a fundamental and extremely powerful concept we learnt at the Mifne Center called containment. I write about this at great length in the book, as it really is the key to how our son’s life was transformed.  In short, it involved our not only modelling the change that we wanted to bring about in our son, but also becoming it.  So in relation to meltdowns, we had to become a model of calmness, exuding the certainty that whatever happened, everything would be all right.

This was not only during times when meltdowns were approaching – that would be too late to have any effect – and it was not just following a fixed set of steps designed to give an impression of calm; it was actually ourselves becoming that consistent calmness that we wanted him to imbibe.  And he did imbibe it.  In fact, through containment, we saw how easily he could tune into our feelings and adopt them as his own.

Through this, we learnt how intuitive he was and how sensitive to the emotions of those around him, which we had never suspected before, and how easily influenced he could be by them.

Therefore, in order to truly contain him, we needed to take a good look at our own attitudes and our own emotions.  Even unexpressed, they would be perceived and absorbed by him.  If he was distressed and we felt lost and helpless and useless (which we did used to feel), then however much we tried to reassure him, nothing would have any effect, as he would be tuning into our unexpressed underlying state.

Once we managed to create a different state within ourselves – of trusting that all would be well and that the situation was manageable – and maintained that during times when everything was calm – then this is what he perceived from us and it slowly helped him to trust us, to have the confidence that we were able to look out for him and keep him safe.  He absorbed our beliefs that all would be well, and this reassured him far more than any words or techniques could ever hope to do.

And feeling safer and more understood and able to trust that we knew how to look after him, he began to reduce his reliance on “typical” autistic crutches – the self-regulating behaviours like spinning and flapping, the extreme fussiness about routines and food, and many  more things.

Because there was no longer the same degree of uncertainty about how safe he was in daily life, he was able to trust us more, relax more and generally live as a more contented person.

How could this possibly have any effect on sensory issues, though?  Surely these are to do with the wiring of the brain.  Well, maybe they are to some extent, but perhaps this is a much smaller part of the issue than is commonly assumed.  Imagine having to go into an office with uncomfortably bright lights and annoyingly loud sound (a situation I have had at work).  I found that my experience of being in such a place was enormously influenced by the state of mind I was in before I entered.  When I felt weighed down by life and already stressed that everything was difficult to cope with, the additional adversity of the lights and the noise immediately impacted me and became the predominant feature of my experience there.  I became grumpy and resented even being there, and focussed my thoughts on leaving.  But on other occasions when everything was fine in everyday life and I was in a generally happy and healthy condition, then although those sensory assaults were still there, they had much less of an impact on me, and I could much more easily navigate life there and retain my positive condition in spite of them.

Why would it be any different for a child with autism?  Why wouldn’t a greater sense of calm and security at home lead to an increased ability to manage the adversity of daily life?  This is exactly what we found with our son.  As life felt safer for him and as he was able to trust that not only did we want to take care of him, but that we were able to take care of him, we saw so many changes in life outside the house.

At first, it was smaller things, like being able to remain connected with us while walking down a busy street, when he would previously have shut down completely, but later, he became far more comfortable in settings outside the house, and is now fully integrated into a mainstream school, which he loves.  Even 5 years after beginning this journey, we are seeing continued progress in many areas, which we could never have hoped for previously, and which we can clearly put down to our continued use of containment (though it is not exactly “use” anymore – it has become our way of being).

Containment, what it involves and how to implement it, is far too big a topic to cover in a blog post, but it is the one thing that I would most fully recommend for further investigation.  We have been so incredibly fortunate to have been so exposed to it, and I hope that through our experience it can be made more widely available to others who can benefit from it.

by Guy Shahar Published:  6th Dec, 2018 I have noticed recently that my son’s school seems to be using rewards and punishments routinely with […] 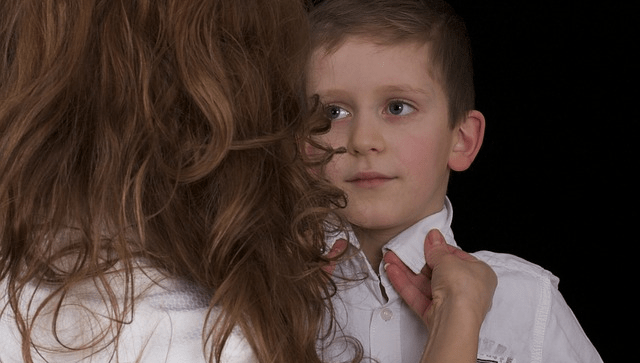 by Guy Shahar 7th April, 2017 Introducing a child to their autism is a major step.  Guy Shahar shares his experience and […]

2 thoughts on “How to Manage Meltdowns”