Recently I was writing our summary of our view of our son’s progress during this school year in preparation for the annual review, and in one of the paragraphs, I found myself writing the following:

There is still a very significant gap between him and his peers in terms of his ability to relate to and integrate with other children in his local environment.  We believe that his anxiety is, at base, about safety.  Where he has total trust in another child and can understand through their behaviour and his own intuition that the child will only ever behave in a positive and supportive way towards him, he can relax and relate to them very naturally, with no sign of any anomalous behaviour.  However, as this is rarely the case in many social environments, he often finds himself feeling uncertain and anxious about what could happen, and so withdraws into insular or self-oriented behaviour as a form of self-protection, unsure how to conduct himself in a way that will not expose him to risk.

The central and fascinating part of the extract above is that when he has total trust in another child, his interaction with them is completely natural and healthy, and he proves to be a loyal, caring and valuable friend to that other child.

It is rare that we find an environment where this mutual trust exists, and we are fortunate to find it at all, as it is very rare in society in general.  But to observe the contrast in his social ability and ease in social situations based purely on how much trust there is in them takes me back the post I published recently on the nature of autism.  It reinforces the observation that, in many cases, the autistic child, far from lacking the ability to relate to others, has enormous and impressive potential in this area and clearly has the ability and the wish to offer sincerity, compassion, loyalty and genuine brotherhood.

Why is trust the critical deciding factor in this?  My guess would be that it is because the autistic child is somehow programmed to operate at his or her best in a world where these qualities are the norm, and to give them in abundance.  Their sensitivity to others – I mean sensitivity both in terms of understanding and caring about others and in terms of empathy and being affected by their condition – is a great attribute that can make them into the best sort of friend anyone could hope for.  But it is not possible to possess these qualities without being susceptible to being crushed when what surrounds them is not mutual care and support, but routine cruelty.

This is why it doesn’t make sense to call autism a disability.  It is not true that an autistic person has social difficulties when there are circumstances in which they can thrive socially.  It would be more accurate to say that the rest of us have social difficulties, and that it why we have allowed ourselves to create a world of such negativity that is intolerable to these most sensitive beings who are by their nature ready to give the best of themselves to help and support others.  It forces them to rely on “autistic” behaviours just to be able to regulate themselves and cope with it.

When we call them disabled or lower-functioning, we forget to think about what we would become if we were surrounded by something that was intolerable to us.  Not many of us would retain our sanity in a world where others were exhibiting violence and overt intimidation of each other and of us on a regular basis.  It would only be a matter of time until we were rocking and shaking in an attempt to cope with it; until we were trying to exert control over everything that we could in order to make ourselves feel better and finding solace in unchanging routines or fixed food combinations as a source of comfort in a world of uncertainty and terror.

There are just a few people who may feel quite comfortable and at ease in such a violent world, and would readily play their part in it.  Most of us are more sensitive and idealistic than them, and would not aspire to be like them if it meant having to participate in the actions of a world that we perceived to be one of cruelty.

Autistic people are, in turn, more sensitive and idealistic than we are, and cannot imagine desensitising themselves to what they perceive to be the cruelty that we exhibit to each other and to them in daily life; still less participating in it.

It is simply a question of where we sit on the spectrum of sensitivity, of what we are able to put up with and, related to that, how much genuine concern and sacrifice we are ready and willing to give in our relationships with others.  It is not for us to judge who is better or worse – in fact, we probably don’t have much of a choice in the question of where we each fit on that spectrum.  But we can ask ourselves where we would rather be on it and what we aspire to become.

If we can remember all of this when we are around autistic people, especially our own children, then we can start to offer them, at least in the sanctuary of their homes, the sort of unconditional safety and positive support that they crave.  We can create a safe space where they can be sure that we are always on their side and that whatever happens and however they behave, they will be understood and supported with compassion.  This alone can make a massive difference to their quality of life and can offer them a valuable and reliable respite from the harshness of the world outside.  It can give them the space to collect themselves and learn to contain themselves and make sense of their lives in a way that would otherwise be impossible, so that they are then better equipped to cope with the rest of the adversity they are faced with.

Its importance cannot be overestimated.

by Guy Shahar Published: 24th November, 2016 This is the article on which my recent TED talk was based (you can also […] 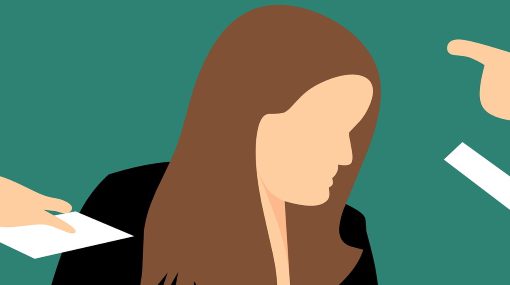