Authenticity is a much touted and prized value in society.  One of the highest compliments that anyone can receive is that they are authentic.

Many autistic people are extremely authentic by nature.  It’s not even voluntary – we actually don’t have the ability to easily represent ourselves on the outside other than how we are on the inside.

Yet, the authenticity of autistic people is not often as highly valued as one might expect given the reverence with which authenticity is talked about.   This is because it is not authenticity alone that is sought, but an authenticity that confirms that the person is acceptable to us.

In a way, this makes some sense.  Someone who is open and brazen about the awful prejudices he holds or the ways he has badly treated others and has no regrets about this definitely meets the criteria of authenticity, but is not someone who could be widely admired.  Somebody who is totally open about themselves at all times and who demonstrates only a compassionate, caring and selfless approach to life is no more authentic than the first person, but would be more universally warmed to because of the values they show.  It is not authenticity in itself that is sought, but the underlying values we want to see in a person.  Authenticity is simply a way to confirm these.

The difficulty comes when something falls between these 2 extremes and becomes subject to our personal preferences and prejudices.  If we have a judgement about someone’s choice of words, for example, or about their sense of humour or political or religious beliefs or even their appearance or voice, etc, then their authenticity would only serve to reinforce our dislike of the person.

With autistic people, it becomes even more complicated.  Authenticity goes hand in hand with autism, but because of neurological differences, autistic people can sometimes express themselves in ways that would carry a different significance if used by non-autistic people.  For example, we can (commonly) be mistaken for being rude or dogmatic or patronising or controlling or judgemental or inconsiderate or stupid when we are actually not being any of those things.  It is simply due to a particular tone of voice or perspective or choice of words or emphasis.  What we have inside us may well be the polar opposite of what is perceived through the lens of a non-autistic person watching us.  They are judging based on what they know about how non-autistic people communicate, but not based on how autistic people do.

As a result, it is extremely common for autistic people to be repeatedly, throughout life, responded to in a way that tells them loudly and clearly that they are not acceptable as they are.  This can have a massive effect on self-esteem, give them a burning sense of injustice and greatly bring down their overall sense of well-being.

It is also difficult to know how to proceed with life.   Not being authentic is not an option – for an autistic person, it is not sustainable for any length of time, if at all.  But continuing to be authentic and to face unrelenting unfair judgement and rejection doesn’t seem feasible either.  Often, the only way forward can seem to be for autistic people to keep a distance at least from non-autistic people and try to find fulfilment in other ways.

Therefore it is common for autistic people to appear distant and less interested in people than in other interests.  This is not because of any inherent lack of social interest or attraction or ability or instinct (Dr Catherine Crompton at Edinburgh University has done extensive research to lay this myth to rest), but rather because the social world has been made so unsafe for them that it’s too costly to remain fully engaged with it.  And this happens from an extremely early age.

It is difficult to substantiate this, apart from through the recognition of other autistic people.  I can also once again give the example of my son, who was following a “typically autistic” trajectory as an infant until our Mifne treatment when he was 2.  When through that his confidence returned and his heart was re-opened, he suddenly became extremely open and curious about others, delighted to want to interact with everyone he could find.  This lasted until bullying at school a few years later re-introduced him to the unsafe nature of the social world for autistic people.  Even so, and even if he has taken a big step back from feeling safe to interact widely and directly, his deep care for and interest in others and their welfare is still very strongly in evidence.

Those of us who have lived most of our lives as autistic people but without realising that we were autistic have had to adapt.  The option of withdrawing from interactions with others was not feasible because we didn’t see it as an acceptable course for all these years, and applied the same expectations to ourselves that others had of us.  There is a tendency sometimes to assume that a particular element of life is just as problematic for others as it is for us, or that if it’s more difficult for us, that’s because there is something wrong with us.

So how do we adapt?  There are various ways, some more fruitful than others, and most go through adopting a combination of them through life.  Some keep trying, ploughing on for years as if we’ll eventually get it right and things will get better, or as if this is our lot and we just need to put up with it.  Others can, understandably, either fall into despair and depression, or become frustrated and bitter about the injustice of the situation and the impossibility of bringing about a world in which everybody can have an equal chance to live to their potential.

Very many people resort to “masking”, as discussed in the previous article (Are We Forcing Our Autistic Children to Wear a Mask?).  A reason this is so costly to autistic people is that, while masking is a normal way of life in wider society where image-management is often even lauded, it goes so deeply against the grain for autistic people – for whom a need to be authentic is inherent.  It can be draining to an extent that non-autistic people would find it difficult to imagine, leading inevitably to the dreaded but very common phenomenon of Autistic Burnout.

An illustration from my own experience is in how I have needed to manage certain situations in my role leading the charity, Transforming Autism.  Most leaders use “diplomacy” – saying what needs to be said to make someone feel a certain way.  It is a good way of managing people, keeping them motivated, making them feel respected and so on.  The problem with it is that it requires an ability to be readily inauthentic.  Sometimes, the right words don’t naturally come from a place of authenticity, but in the traditional model of leadership, they don’t need to.  If they did, the job of leadership would be much more difficult.  Who could be authentically positive, respectful and fully focused on the person they’re talking to at all times in the face of all of life’s challenges?  It would be a superhuman task.  And yet it is one that an autistic person in a leadership role in a not fully autistic environment is expected to rise to.  For me, it has been a challenge, and has required me to learn to genuinely bring myself to the appropriate condition I need at any moment.  I cannot communicate positivity from a inner-condition of negativity.  It is not as possible for me as it is for others.  So what can I do?  Only pause, and find in myself the positivity I need.  And I need to do it without simply over-riding or suppressing any negativity.  That would also be inauthentic.  It only works if I can genuinely dispel it and welcome the new positive condition.  It needs to be a genuine transformation.

In this particular example, it happens to have been of great benefit to me to have had to learn to be able to tune in to what I’m actually feeling, notice what I’d rather be feeling, and, if it’s desirable and practical, to quickly bring myself there.  Sometimes,  it’s not possible to do this, but all the same, having been forced to find this ability has been a blessing, and much more satisfying than trying to be inauthentic or feeling like I have an impossible task.  However, it does also illustrate the immense additional work that autistic people typically have to go through in order to appear acceptable to people who have the majority style of communication and who thus live these aspects of their lives far more effortlessly.  The additional work is invisible, as our autistic communication preferences are rarely understood or accepted, and only the apparently very modest results of our work are seen rather than the efforts that they required.  Many people during such communications may simply assume that I’m being diplomatic like anyone else is, when this is so far from the case.  In an ideal world (for us), there would be no need to be diplomatic, as the authentic respectful expression of who a person is would be enough.  Any focus then would be on the genuine refinement of what each person is according to their aspirations.

When social expectations are removed, it is then possible to find and focus on these aspirations, which are otherwise buried under the noise of others’ judgements.

The ideal situation, of course, is that autistic children are affirmed from the earliest possible age, starting with their parents and immediate family.  Real understanding and acceptance of how they think and what lies behind their communication style, along with the modelling of strong relationships in these formative months and years, can make a huge difference to a child’s future quality of life and mental health.  Many of our articles and interviews go into specific ways of achieving this for our children, as does our book in more detail.  And practically empowering and enabling parents to provide exactly this to their autistic children is the very purpose of the Family Services which we have just launched and which are now available for a limited number of interested families.

We believe that by empowering families in this way, we can transform the futures of these children and take a meaningful step towards the wider social change in relation to autism that needs to happen to enable them to live the fully safe and authentic lives they were built to have. 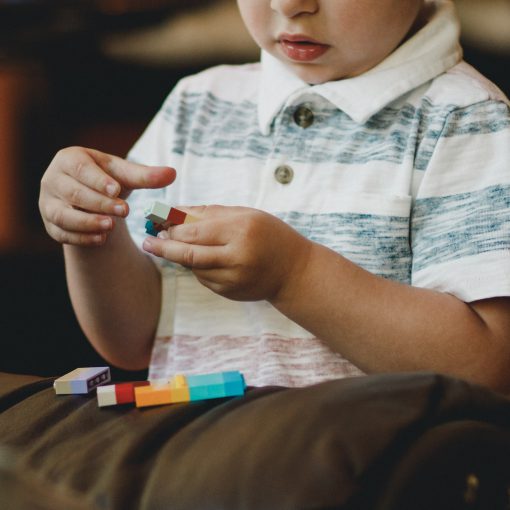 Challenging Behaviour Have you ever stopped yourself to ask, ‘what is challenging behaviour?’ and ‘what can I do to stop it?’ The […] 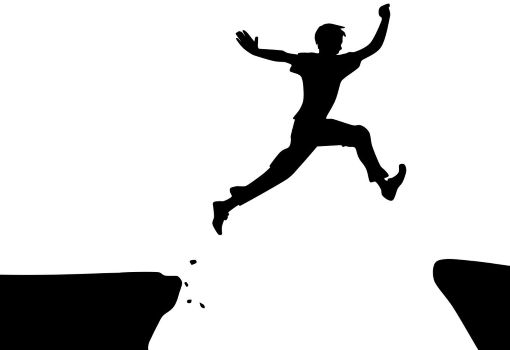 by Guy Shahar Published: 10th December, 2020 As profoundly sensitive beings in an increasingly material and pressure-driven culture, it is easy for our autistic […] 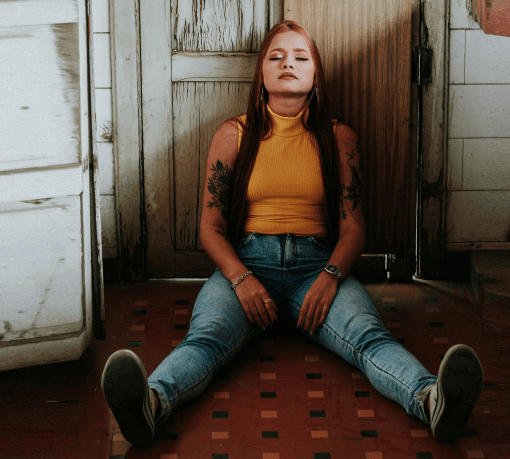 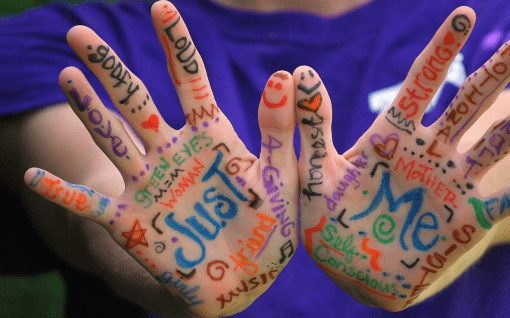 by Guy Shahar Published:  9th September, 2020 This is a very contentious question concerning all who are autistic or associated with autistic people.  […]